Ursula Martius Franklin, CC, OOnt, FRSC, physicist, educator, feminist and social activist (born 16 September 1921 in Munich, Germany; died 22 July 2016 in Toronto, Ontario). A specialist in the structure of metals and alloys, she pioneered the development of archaeometry, which applies modern techniques of materials analysis to archaeology. After working as a senior research scientist for the Ontario Research Foundation (1952–67), she joined the University of Toronto’s Department of Metallurgy and Materials Science (now the Department of Materials Science and Engineering)in 1967. She won many awards for her innovative scientific and humanitarian work, including the Pearson Peace Medal (2002).

Ursula Maria Martius was born in Munich, Germany, on 16 September 1921. Her mother, Ilse Maria Martius (née Sperling), was an art historian and her father, Albrecht Martius, was a Lutheranarchaeologist. An only child, she was raised in the Protestant faith. Her parents’ friend, physicist Hans Kuppenheim, inspired her early interest in science. Franklin moved to Berlin in 1940 to begin her undergraduate studies in science, but was imprisoned in a Nazi labour camp in 1943 because of her mother’s Jewish background. She spent 18 months in a different camp than her parents; they all survived, but members of her mother’s extended family did not. Franklin spent much of this time repairing damaged buildings, and developed frostbite in her feet and legs because of the long hours of work in cold conditions, which led to lifelong pain. While she did not often speak about her early experiences as a Holocaust survivor, they shaped her lifelong humanitarian work and peace activism.

After the end of the Second World War, Franklin continued her studies at the Technical University of Berlin, earning her degree in 1946. She chose to study physics and mathematics because those subjects couldn’t be state censored. In 1948, she received a PhD in experimental physics from the Technical University of Berlin. While still in Germany, she joined a group of peace-oriented intellectuals but quickly decided that she must emigrate in order to help bring about profound change in the world.

Eager to leave post-war Germany, Franklin moved to Toronto in 1949 for a postdoctoral fellowship in physics and metallurgy at the University of Toronto. In 1952, she began working for the Ontario Research Federation as a senior research scientist in the study of metals and alloys. Her work contributed to many scientific innovations, including the groundbreaking design of the first porous-coated skeletal hip implant.

Franklin strove to educate society about the impact of science on quality of life and human survival. She played an active role in the Canadian Voice of Women for Peace, a peace-oriented organization that promotes disarmament. At the time, the group explored the effects of nuclear testing. Franklin gathered and analyzed data on the accumulation of the radioactive isotope strontium-90 in the teeth of Canadian children as a result of fallout from nuclear weapons testing. Their findings of elevated levels of strontium-90 played a major role in the American government’s discussions around atmospheric nuclear weapons testing and the Partial Test Ban Treaty of 1963. One-hundred-thirty-five countries signed this treaty, which bans nuclear detonations under water, in the atmosphere and in space. Franklin’s work demonstrated our connection as a global community and the interdependent relationship between peace and public health.

In 1967, Franklin left the Ontario Research Foundation and began teaching in the Department of Metallurgy and Materials Science (now known as the Department of Materials Science and Engineering)at the University of Toronto. Here, she developed the field of archaeometry, the study of archaeological artifacts using modern techniques of materials analysis. This enabled the dating of bronze, copper, metal and ceramic artifacts from prehistoric cultures in Canada and around the world. Franklin explored how ancient civilizations made tools, how they used tools to interact with their environments and how the use of such tools shaped human cultures. She began teaching at the University of Toronto’s Institute for the History and Philosophy of Science and Technology and published more than 70 scholarly papers and book chapters on the structure and properties of metals and alloys and the history and social impact of technology. Franklin became a full professor in 1973.

Franklin used the image of the earthworm as inspiration for her lifelong work, explaining that the earthworm helps to prepare the soil before anything can grow. She saw her work of bringing scientific information to governments as part of the slow, laborious process of preparing the soil for change, stating “It may not change minds, but it will provide the arguments for a time when minds are changed.”

Franklin’s background in materials and their use throughout history shaped her later thinking on technology and the power of tools in shaping human cultures. She shared her views on the ways that technology and society mutually shape each other in her pivotal book The Real World of Technology, based on her 1989 Massey Lectures of the same name.

She defined technology as practice: how things are socially and morally done. She saw technology as a complex system of methods, procedures and mindsets rather than as a collection of machines and gadgets. The holistic technologies of creative artisans differed from the prescriptive technologies of factories and bureaucracies, which, she argued, discouraged critical thinking and civic engagement. While holistic technologies allowed the creator to control the whole process of creation, prescriptive technologies required a division of labour that distanced the worker from the overall creative process. Franklin believed that, since the Industrial Revolution, power has been held by fewer and fewer people as prescriptive technologies came to dominate. To combat this “culture of compliance,” she urged everyone to become active citizens by learning about science and technology in order to take a stand on social issues, make informed decisions and protest when necessary.

Franklin was a tireless advocate for peace and justice. She often shared her definition of peace: “I define peace not as the absence of war but as the presence of justice and the absence of fear” (2010). Shortly after arriving in Canada, she became a member of the Quakers, a Christian organization with pacifist values. In her position as an academic researcher, she would not conduct research or scholarship that might potentially benefit the military. She was an active member of Science for Peace, a Canadian organization that conducts research and education toward a just and sustainable world. In 2002, Franklin received the Pearson Peace Medal.

Throughout her career, Franklin worked to promote gender equality in Canada. Franklin believed that female scientists often asked different questions than their male counterparts, using scientific tools to a different end. She observed that women tended to bring a cooperative mindset to science and were often deeply interested in the effects of scientific knowledge on communities rather than on economies.

In 1952, Ursula married engineer Fred Franklin, a German immigrant and engineer with a passion for social justice. Together, they had a son, Martin (1955), and a daughter, Monica (1958). Franklin enjoyed gardening at her cottage in Muskoka, Ontario. Her interests included history, literature, poetry, art, law and classical music. She also loved to knit and crochet. In 2016, Franklin died at the age of 94 in Toronto. 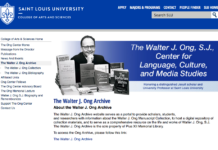