Home The Toronto School of Communication

The Toronto School of Communication

Active primarily from the 1930s to the 1970s, the so-called Toronto School of Communication Theory was instrumental in drawing worldwide attention to the provocative idea that technological engagement plays a fundamental role in the structuring of human perception and culture.

The mosaic of methodologies employed by the Toronto School reflects the eclectic diversity of the wider cultural impact of the core intellectual movement.

First described in the 1980s as a canonized ‘school’ of thought, the Toronto School might be conceived as an ‘invisible college’, a shared intellectual and creative approach which has gone beyond academia to have a lasting impact in art and culture.

With Innis entering the study of communication from the field of political economy, Havelock from classics, and McLuhan and Frye from literary studies, the Toronto School represents an approach to the topic of culture and technology practiced by a diverse range of scholars from across the humanities.

Media theorists continue to explore the impact of Innis, Havelock, Frye and McLuhan on our understanding of the mediated world around us, and to systematize what constitutes a Canadian or Toronto-specific school of thought. 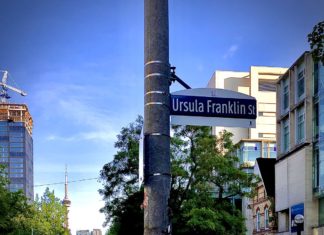