The author compares and critiques the thought of these ten sages, relates their writings to their biographies and to the Canadian physical and cultural environment, and compares their work to foundational American communication scholars. He finds that there is indeed a mode of theorizing that is ‘quintessentially Canadian.’ Compared with the work of foundational American writers, for instance, the Canadian literature is significantly more dialectical, ontological, holistic, and critical; it emphasizes to a much greater extent the impact of communication on social change; and it is more concerned with mediation and the formation and sustenance of culture and community. The Canadian writers are also much more engaged than their American counterparts with the question of power in communication – with what can generally be regarded as matters of political economy.

Moreover, the wisdom of these ten experts is invaluable for understanding important issues of our day, for example: globalization, environmental deterioration, rapid technological change in the communication sphere, the erosion of privacy, the diminution of public space, the commodification of information and culture, growing disparities between rich and poor, identity and representation in the media, virtual realities, and the waning of democracy. The communication thought of these ten acclaimed scholars increases awareness of questions we should continually ask, provides important insight into how we can resolve current dilemmas, and invites us to consider possibilities for pursuing freedom, equality, justice, and peace in the early twenty-first century.

Robert E. Babe is the Jean Monty / BCE Chair in Media Studies at the University of Western Ontario. 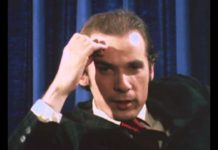